18 June 2018, Oxford, UK: NIO will be showcasing its Performance Programme vehicles for the first time in Europe during the ‘Festival of Speed - The Silver Jubilee’ event at Goodwood House, England, 12th - 15th July 2018.

The world’ fastest electric car, the NIO EP9, shall be taking on the event’s iconic Hillclimb challenge when Scottish racing driver, Peter Dumbreck, shall be reunited with the EP9 in which he broke the lap record at the Nürburgring Nordschleife on 12th May 2017 with a time of 6:45.90 minutes.

NIO’s mission is to shape a ‘joyful lifestyle’ for its users by offering smart, premium electric vehicles and providing the best User experience. The company was founded in November 2014 as a global electric vehicle company, with world-class research and development, design and manufacturing centres in Shanghai, Beijing, San Jose, Munich, London and nine other locations. Currently, NIO has more than 6,000 employees from nearly 40 countries and by the end of 2018 it will have city operations and services teams in 169 cities throughout China.

Under the NIO Performance Programme brand, the NIO Formula E Team secured the inaugural FIA Formula E Drivers’ Championship title in 2015. In 2016, the company unveiled the fastest electric car in the world, the EP9, which went on to set the lap record for an electric vehicle at the Nürburgring Nordschleife and three other world-renowned circuits. In 2017, the EP9 set a new world speed record for an autonomous vehicle at the Circuit of the Americas in Austin, Texas.

The next milestone in the short yet successful history of the NIO Performance Programme shall be its participation in the ‘Festival of Speed - The Silver Jubilee’ next month. The first Festival of Speed, in June 1993, redefined what a car event could be and now, to mark its 25th anniversary, the Duke of Richmond will choose his 25 favourite moments from the first 25 events. These moments will be cornerstones of this year’s event, alongside the usual gathering of extraordinary vehicles from the dawn of motoring to the present day and beyond.

“It gives me great pleasure to announce that the NIO Performance Programme will be taking part in the 25th running of the Goodwood Festival of Speed.
Whilst we have competed in the FIA Formula E Championship since its inception and have showcased NIO’s single-seater EV technology through fierce competition on the world’s city streets, this will be the first time that anyone has seen the NIO EP9 Supercar run in anger.
We are all extremely excited at the thought of Peter Dumbreck unleashing the ground-breaking performance of the NIO EP9 Supercar, where man and machine are being re-united for the first time since Peter’s record-breaking assault on the Nordschleife in May last year.
It's our time to take to the global stage and as such, NIO will also be exhibiting during the four days of the event, where the public will be able to obtain a unique insight in to the NIO brand and its achievements in the world of EV technology through an unparalleled visitor experience.” 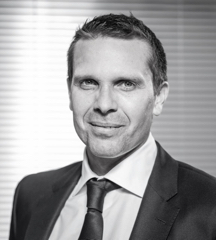