A Brief History of Battery Swapping

The electric vehicle industry has long struggled to develop an effective solution for battery swapping to overcome the high costs of charging and replacing batteries. Over the years, the industry has developed three different approaches to address this problem. The first came in 2007 with the launch of Better Place, an Israeli startup founded by Shai Agassi, a former top executive at SAP.

Better Place partnered with Renault to launch a new electric sedan with a network of robotic battery service stations located across Israel and Denmark. Many industry watchers were intrigued by this novel concept, but it proved to be ahead of its time due to limited market demand for electric vehicles in the first decade of the century.

Better Place filed for bankruptcy in Israel in May 2013, mainly due to its strategy of building large battery swapping stations in limited geographical locations. The high investment needed to develop the charging and swapping infrastructure meant users were often forced to drive long distances to swap their batteries, limiting customer satisfaction. Although Better Place eventually went out of business, it showed that the automation of battery cartridge swapping was feasible.

Tesla got its start in the U.S. around the same time as Better Place, but with a different approach to battery swapping. Tesla formulated a charging network of public chargers, home chargers and self-operated chargers. By making chargers a public resource and using Internet technologies, Tesla owners – especially in the U.S. – can now access a wide availability of charging resources.

The market continued to evolve in 2014, when NIO introduced its next-generation approach to battery swapping with the NIO Power Grid technology. Power Grid offers a combination of multiple power charging solutions focused on enhancing the user experience. The core of this strategy is based on NIO’s chargeable, swappable, and upgradable smart power service system. NIO’s multiple power swap locations are connected across numerous cities in China to provide greater availability than Better Place was able to achieve. NIO has also installed over 30,000 Power Home chargers in China. 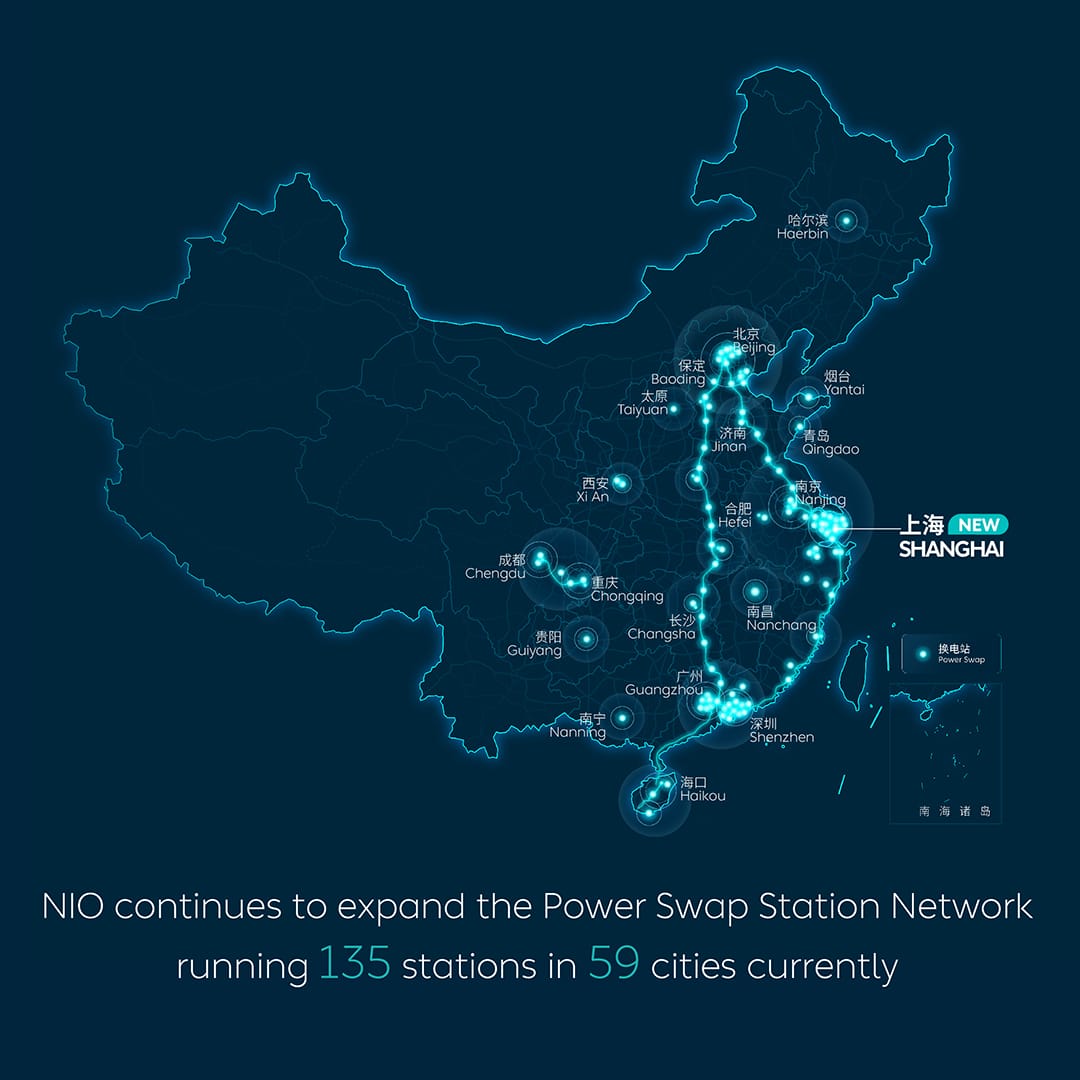 As of June 2020, NIO had built 135 Power Swap stations in 59 cities across China. At NIO’s Power Swap stations, every battery pack removed from a vehicle goes through a thorough electrical performance inspection. If no problems are detected, the battery is recharged and prepared for the next user. But if a fault is identified, the battery is taken out of circulation for repairs to ensure the safety of all batteries in the system.

NIO offers a lifetime free Power Swap service to our users. In less than 24 months, we have completed over 500,000 cumulative swaps. This volume level demonstrates the success of NIO’s power swapping strategy, setting us apart from Better Place, which never progressed past 10,000 battery swaps before going under.

We have been granted 1,200 patents for our battery pack, vehicle, power-swap stations, and cloud-based scheduling system. With this technical advantage, NIO has introduced the first end-to-end holistic ecosystem for electric vehicle production, sales, and service. We believe our unique approach to battery swapping will level the playing field for EVs and help overcome the critical user concern about range anxiety.