This year, ten cities entered the candidature process to bid for hosting the NIO Day. With 40,000 NIO users casting a vote, Chengdu was chosen as the host city of NIO Day 2020. NIO users played a significant role in the event. Over 260 took part in the planning and organizing, and nearly 200 voluntarily picked up and received users from across the country. NIO Band, the musical band formed by users, also performed the theme song "Always Forward." 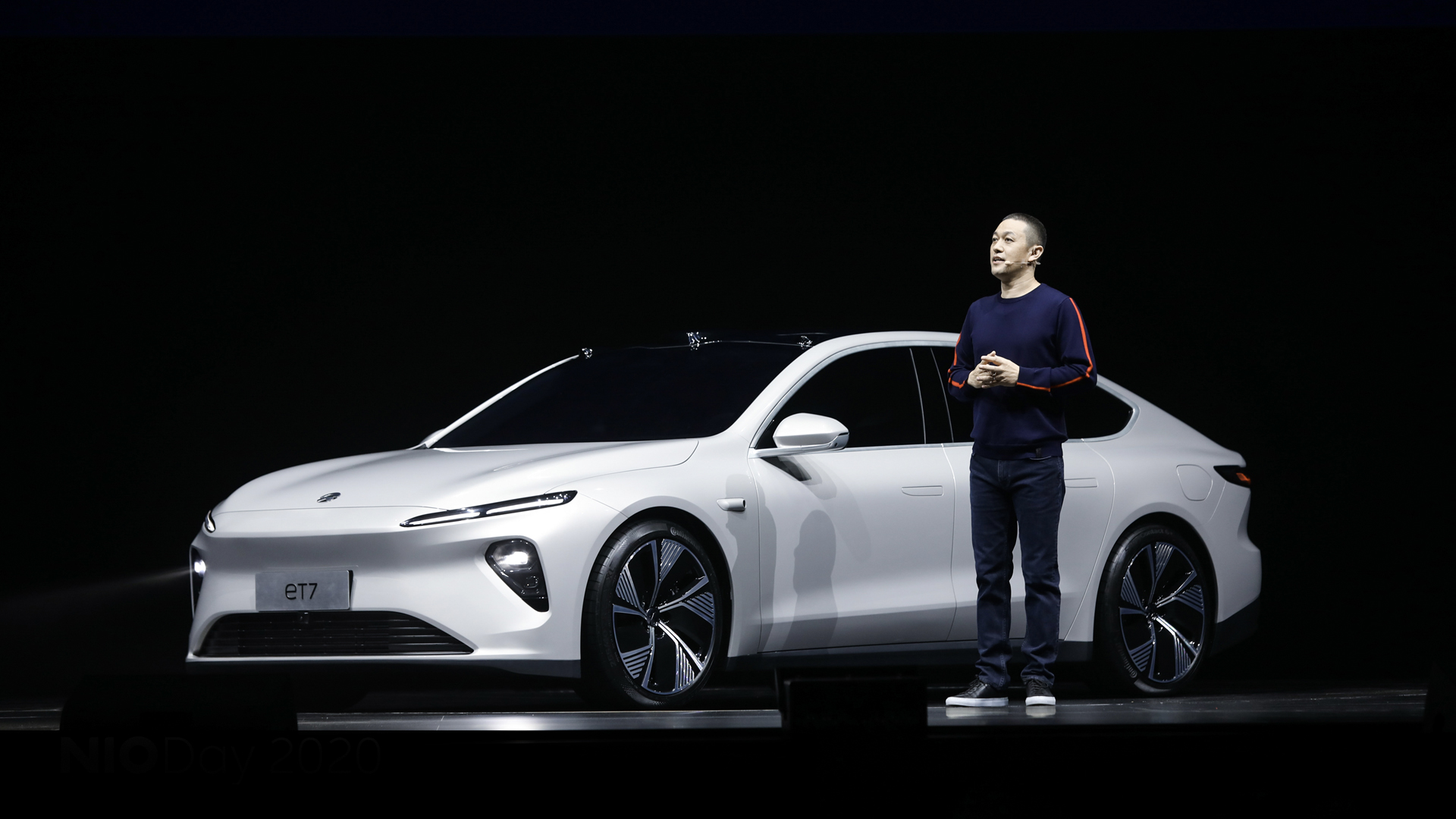 Pure and sophisticated, the ET7 is designed for autonomous driving, perfectly integrating the autonomous driving sensing units into the body silhouette. Refined and human, the interior of the ET7 is a further interpretation of the second living room concept. The ET7 comes standard with soft-close doors and frameless windows. New materials can be found in many places in the cabin, including Karuun® renewable rattan as applied for the first time on a production model, which brings users a natural and green experience. Heating, ventilation, and massage are all standard in both the front and rear seats, offering a comfortable riding and driving experience to all occupants.

The ET7 also boasts NIO's second-generation digital cockpit, which adopts the 3rd Generation Qualcomm® Snapdragon™ Automotive Cockpit Platform with the most powerful in-car mobile connectivity and communication capabilities. The world's first in-car AI system, NOMI, also keeps evolving. Besides, the ET7 comes standard with 23 speakers with a total output of up to 1,000 watts, making the 7.1.4 immersive sound system a reality in the car.

Inheriting high performance in NIO's DNA, the ET7 can go from 0 to 100 km/h in 3.9 seconds and come to a complete stop in 33.5 meters. The ultra-low drag coefficient of 0.23 and the second-generation high-efficiency powertrain platform featuring the SiC power module further improve the vehicle energy efficiency, enabling an NEDC range of over 500 km with a 70 kWh battery, around 700 km with a 100 kWh battery, and over 1,000 km with a 150 kWh battery.

The pre-subsidy price of the ET7 starts from RMB 448,000, or RMB 378,000 with BaaS (Battery as a Service). The ET7 Premier Edition is RMB 526,000 before subsidies or RMB 398,000 with BaaS. The new model is now available for pre-order on the NIO app, and the deliveries are estimated to start in Q1 2022. NAD's 19 safety and driver assistance features come standard on ET7. Simultaneously, the full functions of NAD are only offered through a monthly subscription, or AD as a Service (ADaaS), for RMB 680 per month.

NIO also launched the 150 kWh battery on NIO Day. The new battery has an ultra-high energy density of 360 Wh/kg, and is compatible with all NIO models. The advanced production-ready solid-state battery technology enables it. NIO vehicles equipped with the 150 kWh battery can achieve an ultra-long NEDC range of over 730 km for the 2018 ES8, around 850 km for the all-new ES8, over 900 km for the Performance Version of the ES6 and the EC6, and over 1,000 km for the ET7. 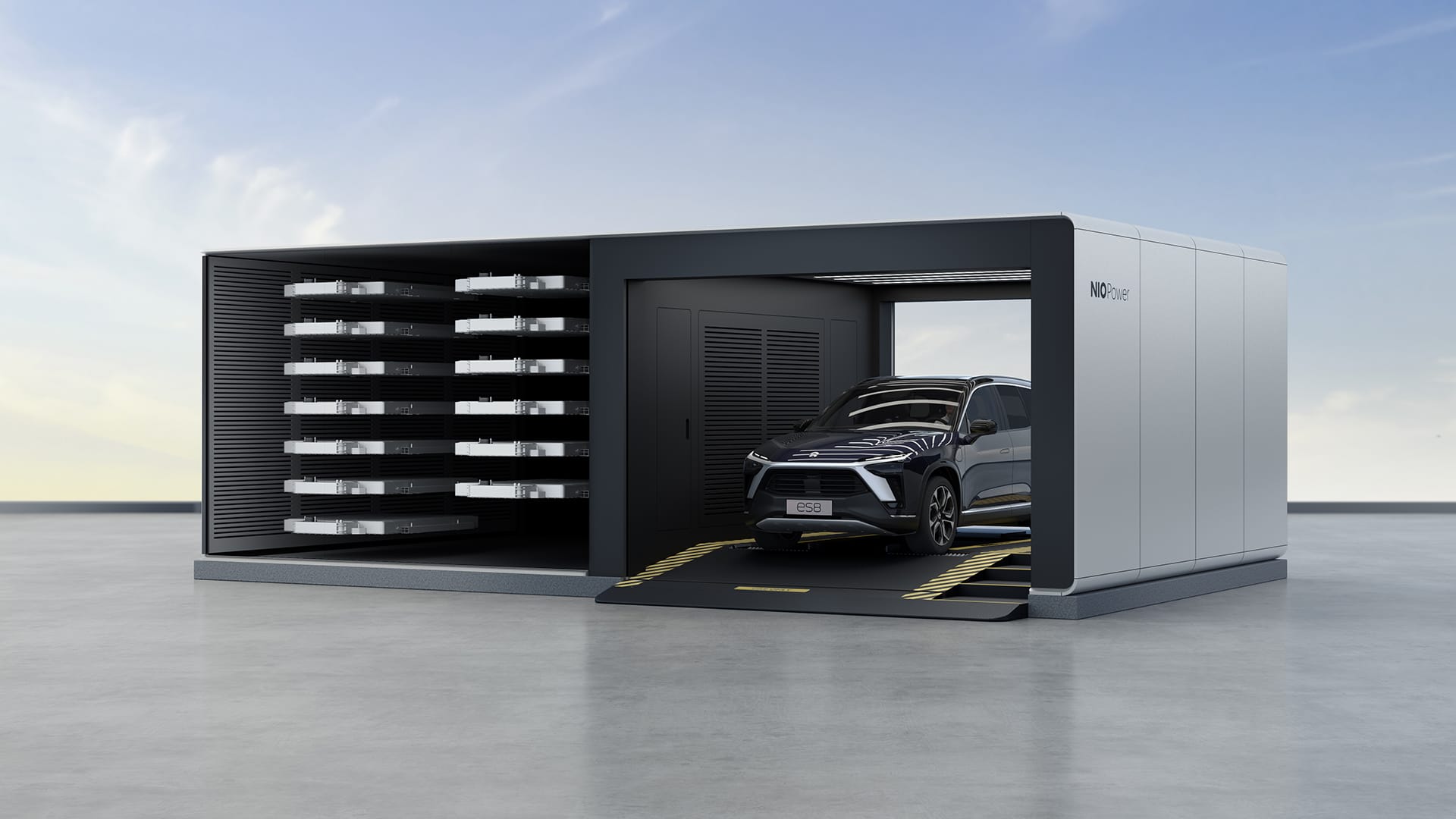 NIO officially launched the Power Swap Station 2.0, capable of continuously improving the battery swapping experience to 312 swaps per day. At the new Power Swap station, the vehicle can automatically drive into the station, and users can start a self-service swap with one tap on the center display and without getting out of the vehicle. NIO will speed up the Power Swap stations' deployment and plan to have 500 stations in operation nationwide by the end of 2021.

As of December 31, 2020, NIO's cumulative deliveries reached 75,641 units. "The NIO community is growing, while the love and trust from our users have always been the driving force behind our continued progress,” said William Li, founder, chairman and CEO of NIO. “The ET7 launched at this NIO Day is a brand new start for smart electric vehicles. We will continuously invest in products and technologies and speed up the development of our service network, thereby bringing a better experience of smart electric vehicles to users.”

Previous
All News
Next