Tony Bancroft is the founder and owner of the faith-driven animation company, Toonacious Family Entertainment.

Similar to TED Talks in the US, in China, NIO hosts SEEDs talks. Ganesh V. Iyer, NIO’s Global CIO, EVP, and Managing Director of NIO US, was invited to host a SEEDS talk while visiting the NIO House in China during an extended business trip there.

Recently, Tony Bancroft did a SEEDS talk virtually. “My passion for art is one of the main drivers in my life,” he said. He also talked about the influence he and his twin brother Tom both had from their mother.

Tony was a collaborator in many great Disney productions. He was the director of Disney’s Mulan, created Cogsworth the clock in Beauty and the Beast, Yogo the parrot in Aladdin, and most notably Pumbaa, the warthogs in The Lion King.

Tony had doubted himself during his career. He felt inadequate at a young age. However, his passion for animation has not changed since day one. He said, “In my 30-year animation career, I’ve seen highs and lows, but the passion carries you through those lows.”

Now, Tony wants to share his passion and experience with the next generation and encourages them to pursue what they truly love. 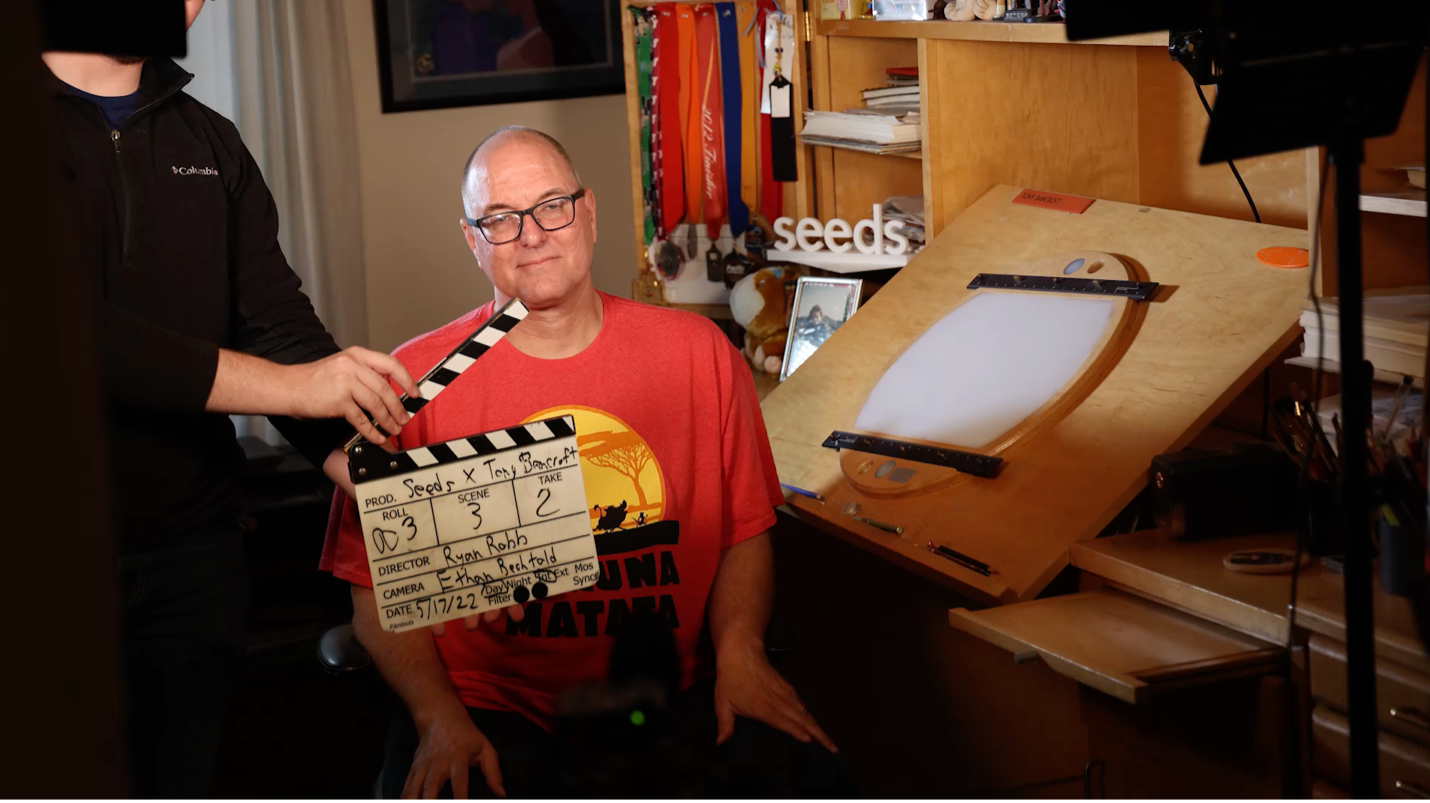