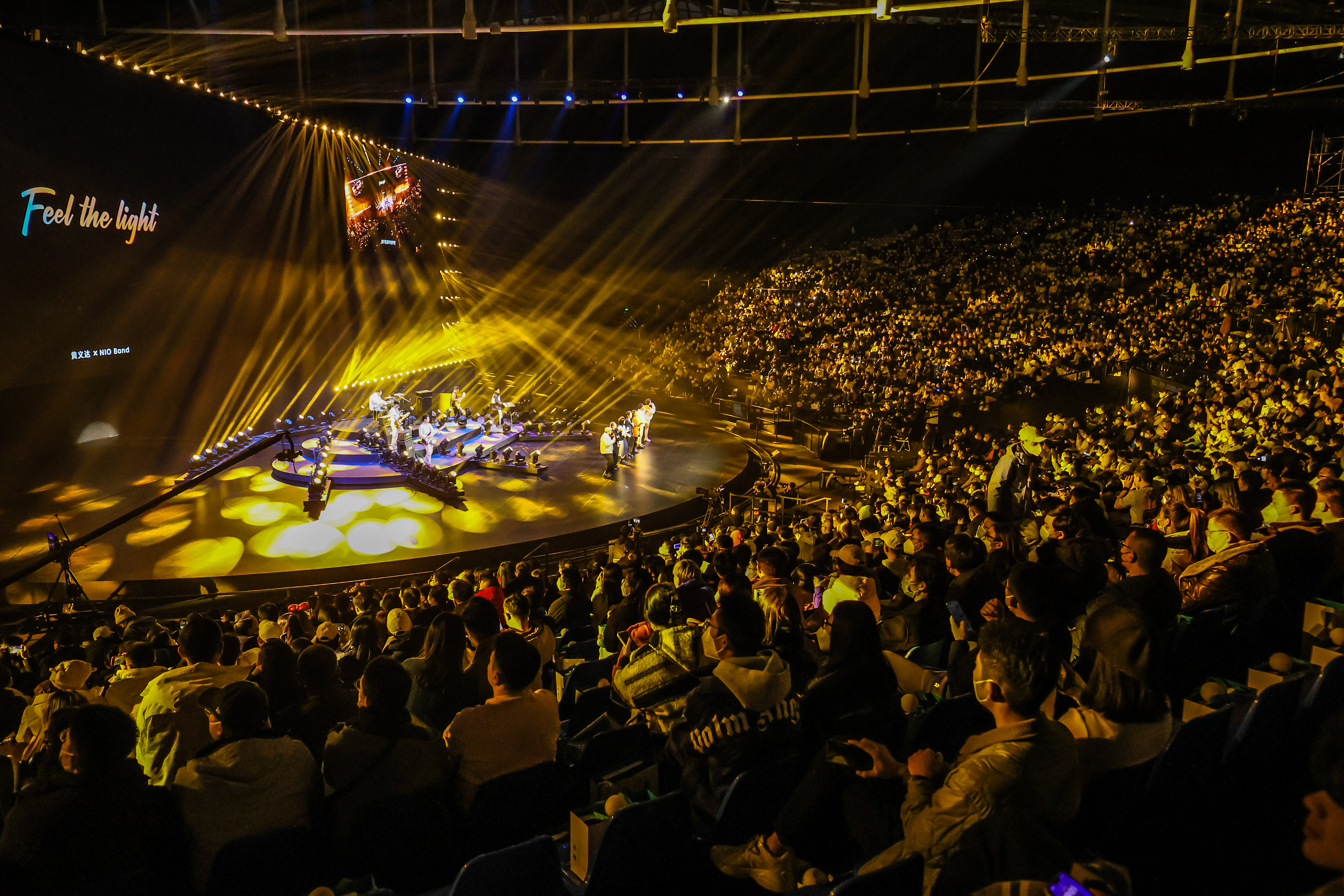 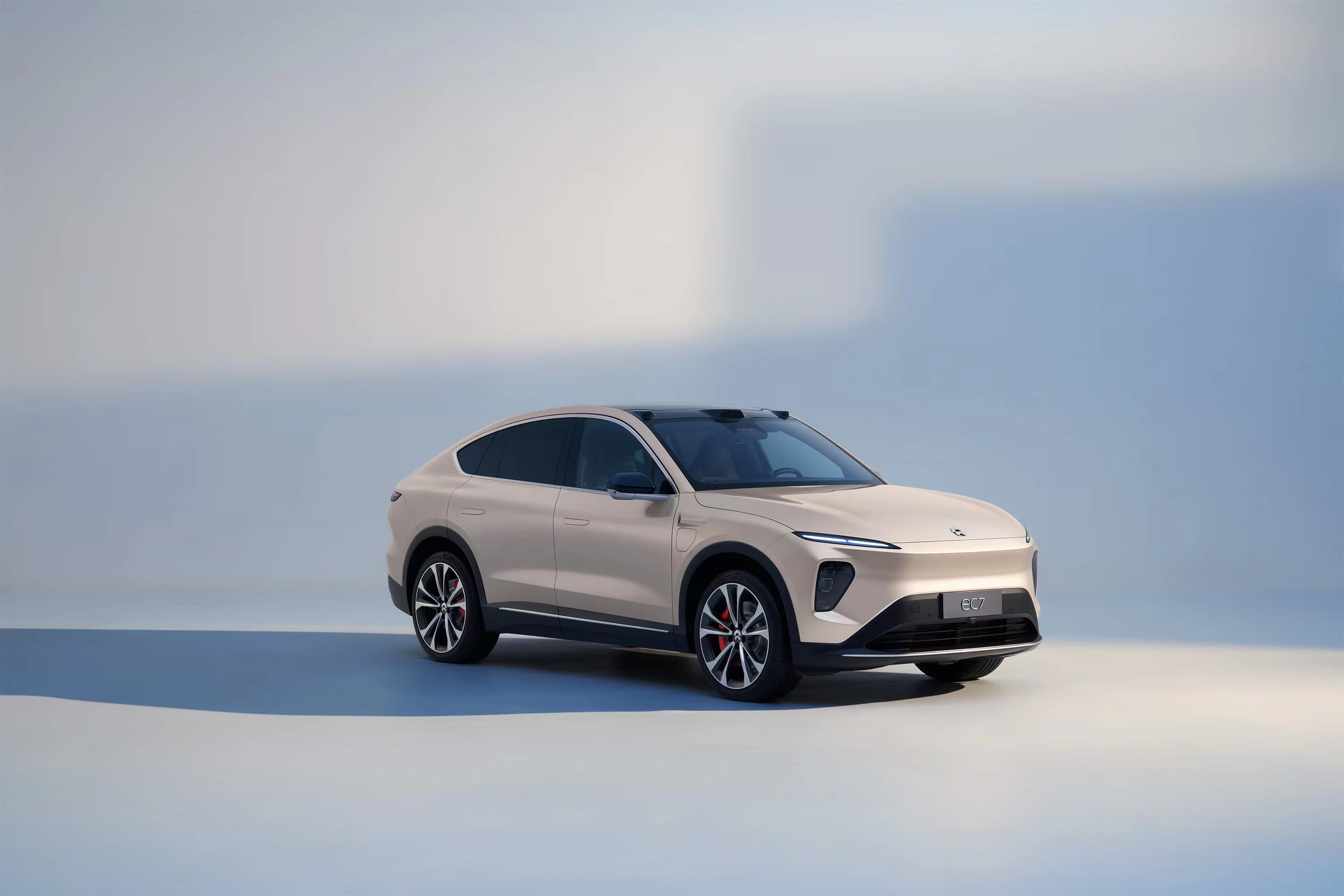 The design of the EC7 renders elegance and power in a well-balanced manner. This mid-large flagship coupé SUV comes standard with smart air suspension and inherits NIO’s high-performance DNA marked by the latest high-efficiency electric drive platform. The combination of 300 kW high-performance induction motor and 180 kW high-efficiency permanent magnet motor outputs rapid mighty power and maintains power continuity and low energy consumption. The EC7 accelerates from 0 to 100 km/h in only 3.8 seconds and comes to a complete stop from 100km/h in 33.9 meters. With a drag coefficient as low as 0.230, the EC7 becomes the SUV with the lowest drag coefficient in the world. The EC7 comes standard with the active spoiler, a first-time for NIO’s production models, which improves the aerodynamic performance of this coupe SUV. The active spoiler supports two modes: Eco and Sport, to reduce drag and increase downforce respectively. 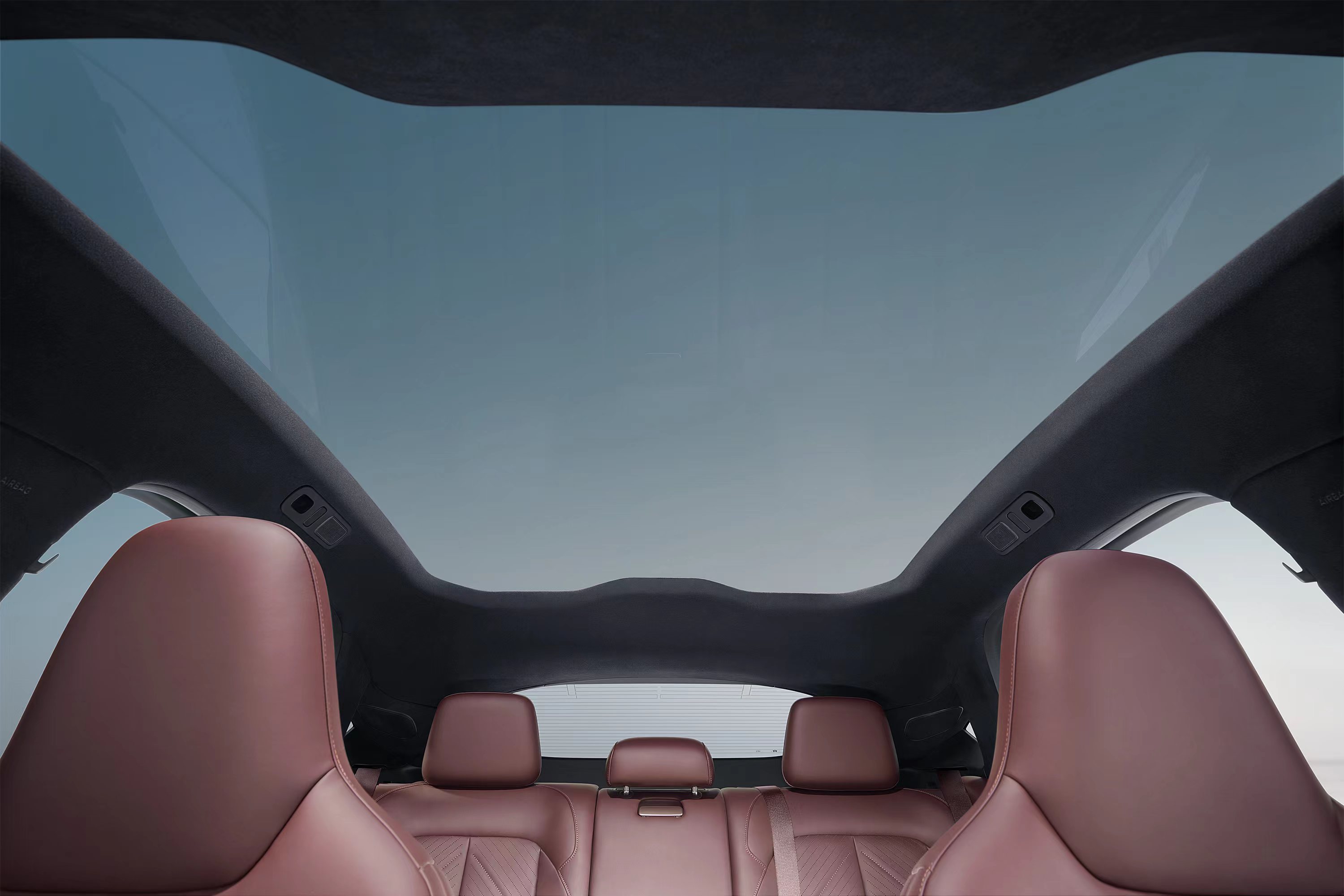 The EC7’s panoramic glass roof is made of a 1.94-m2 laminated glass with noise reduction and UV protection. The flexible electrochromic (EC) technology supports five levels of transmittance adjustment, with the neutral dark gray tint applied for the first time. 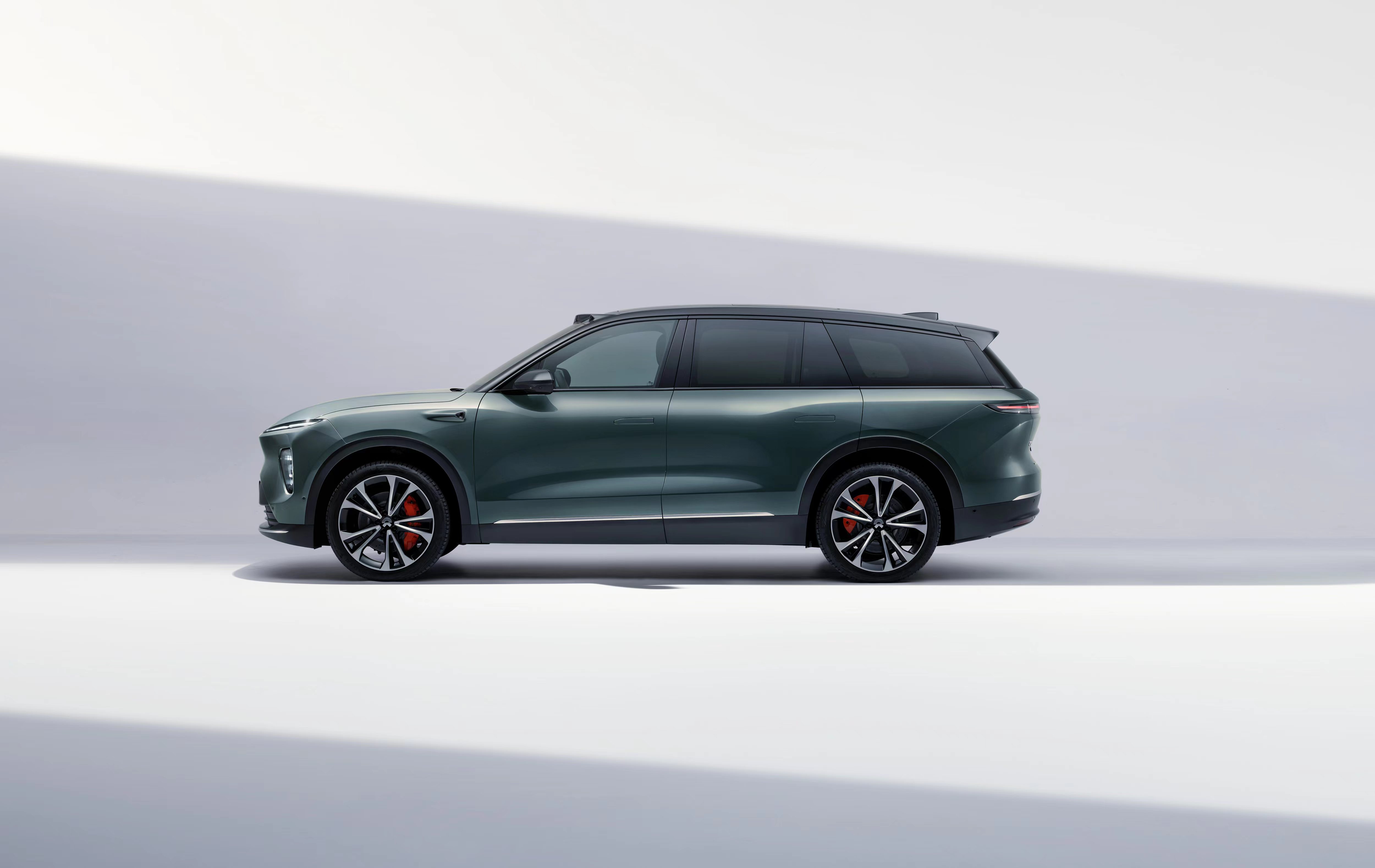 The All-New ES8 is a 6-seater all-around smart electric flagship SUV that meets the users’ needs in multiple scenarios. The design of the All-New ES8 showcases NIO’s concepts of “Design for AD”. Based on NIO’s latest high-efficiency electric drive platform, the All-New ES8 carries two motors with a peak power of 480 kW. It accelerates from 0 to 100 km/h in 4.1 seconds and comes to a complete stop from 100km/h in 34.3 meters. The Integrated Power Brake (IPB), dual-chamber air suspensions and NIO’s in-house developed intelligent chassis controller (ICC) improve the driving experience comprehensively. 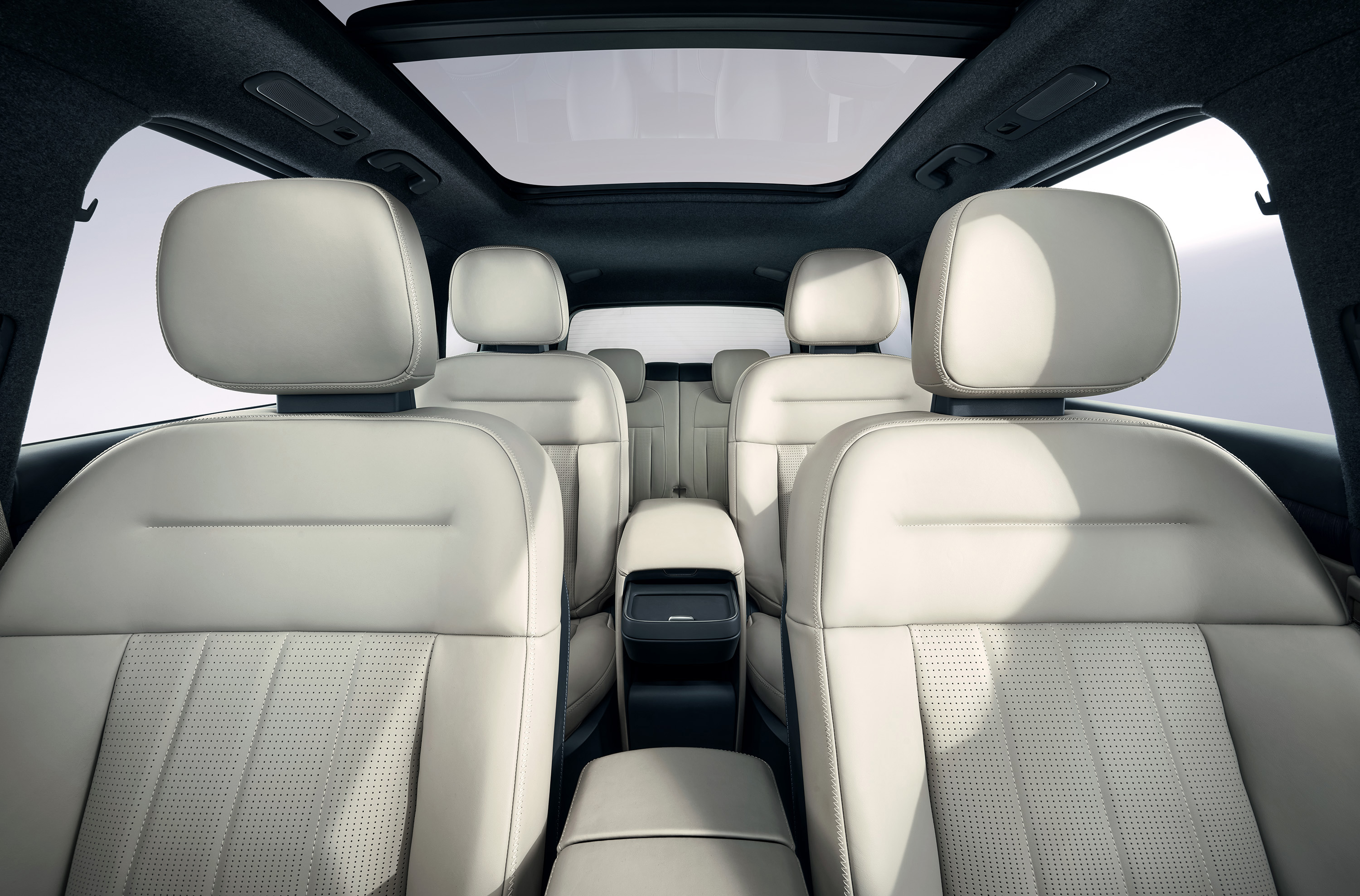 Both the EC7 and the All-New ES8 are equipped with NIO Premium Seat Platform. In the ES8, the unique layout of "four executive seats and one flexible third row" demonstrates the composed and generous style of the All-New ES8 as a flagship SUV. The innovative Lounge Seat on the front supports Lounge Mode and can set to the zero gravity position with one touch. The central armrest of the second row, coming in a tech layer and a storage layer, serves as an “Executive Console” for a peerless experience. A spacious third row welcomes occupants with comfort features.

Both the EC7 and the All-New ES8 are equipped with the matrix headlights with Adaptive Driving Beam (ADB). Enhanced by LiDAR, cameras, and millimeter-wave radars, the headlights can adapt and direct light beams more accurately while avoiding dazzling other road users.

In terms of intelligence, the EC7 and the All-New ES8 are equipped with NIO Digital System Banyan, comprising NIO AQUILA, a super sensing system equipped with 33 high-performance sensors including LiDAR, and NIO ADAM, a super computing platform with the computing power up to 1,016T enabled by four NVIDIA DRIVE Orin X chips.

Meanwhile, the EC7 and the All-New ES8 are equipped with the PanoCinema, an immersive digital cockpit composed of the world’s first on-board AI assistant, NOMI, the 7.1.4 immersive sound system with Dolby Atmos, the waterfall ambient lighting, and the 12.8-inch AMOLED central control screen. The cockpit is natively designed for AR and VR devices, making the car a “holistic immersive digital space” for users.

From the first half of 2023, Power Swap Pilot for Highway will be gradually made available. When Navigate on Pilot is enabled, the vehicle can automatically plan the route for battery swap, navigate to the Power Swap station, complete the battery swap and automatically drive out of the service area and back to the highway. 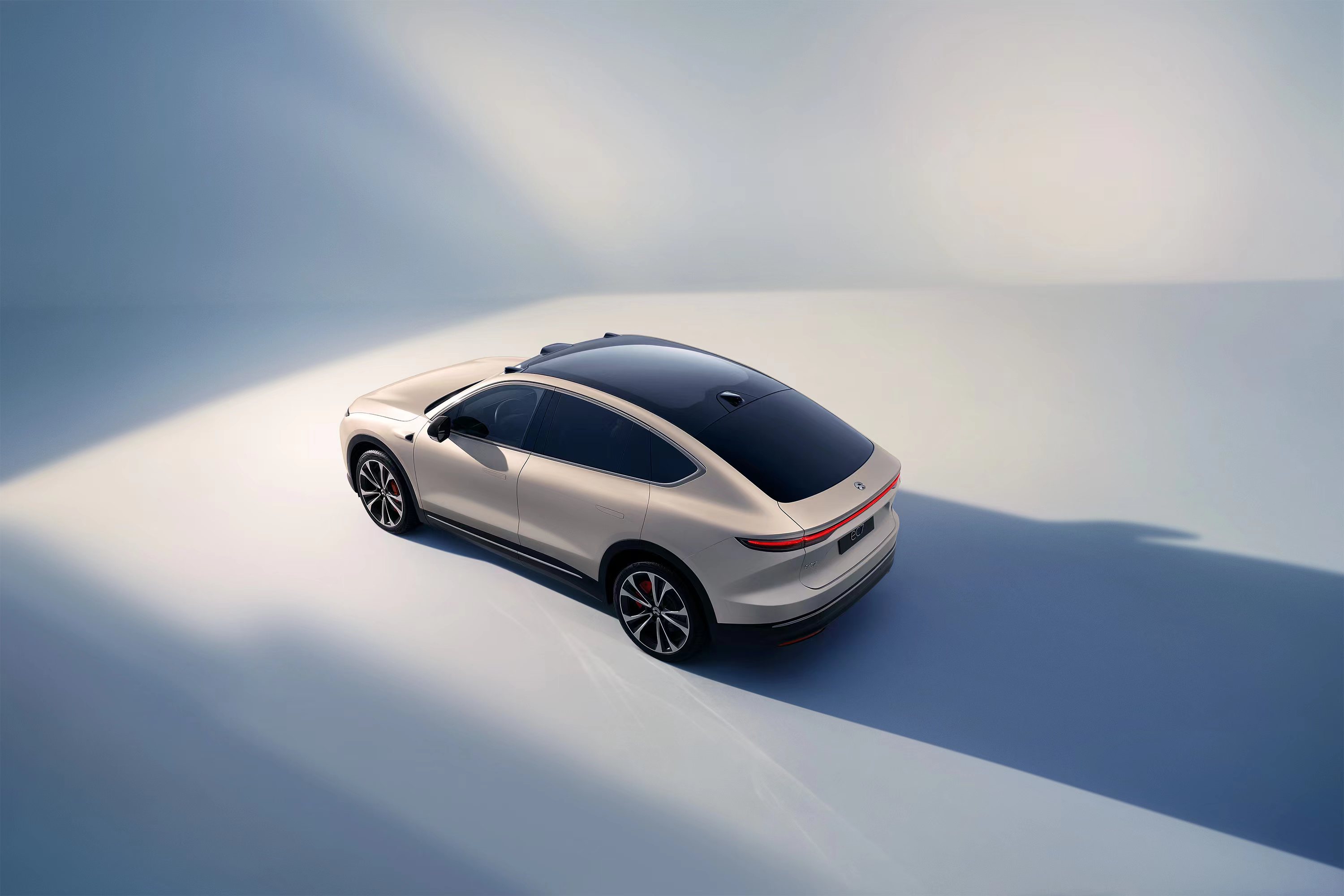 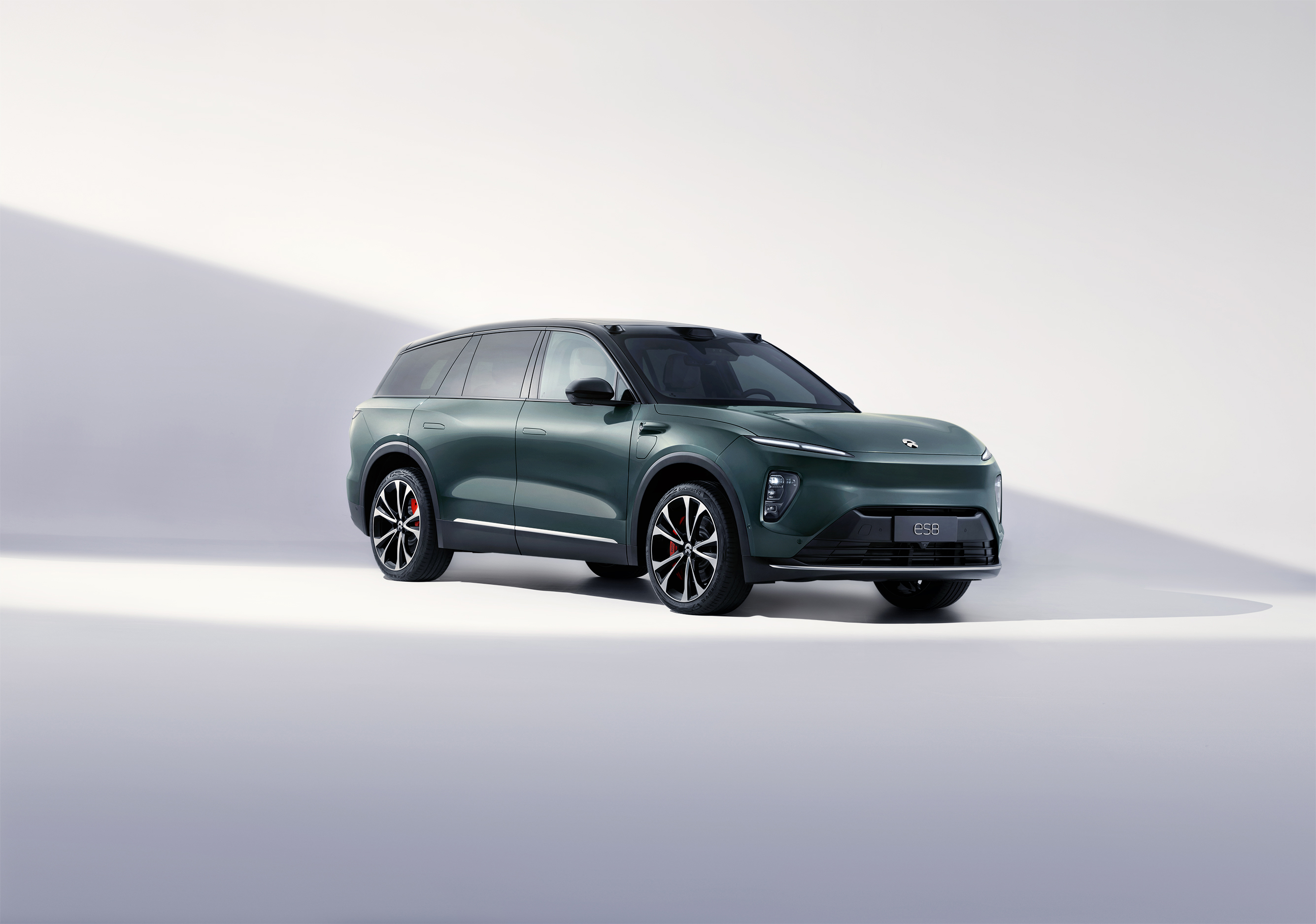 As the annual gathering of NIO users, NIO Day is not only an iconic event that demonstrates NIO’s commitment as a user enterprise, but also the most intensive presentation of the NIO community. Users play absolutely the leading roles at NIO Day. This year, the host city Hefei was selected among 10 nominees by more than 95,000 users in the NIO community. Thousands of users were involved in the co-creation of NIO Day, serving as staff, volunteers, and performers. Noticeably, on NIO Day, a user charity marketplace at the venue, initiated by Anhui Charity Federation and NIO Users Trust, opens all day to NIO users and citizens of Hefei. All the sales of the marketplace and matching donation from NIO Users Trust will be donated to Anhui Charity Federation, marking the NIO’s way of giving back to the society.

“Feel the Light. Everyone who lives their lives to the fullest shines the brightest light, and in turn warms everyone around them,” said William Li, the Founder, Chairman and CEO of NIO, “NIO user community is thriving with the support of nearly 300,000 users. The encouragement and trust of users have always been bringing hope to NIO. In 2023, we will continue to provide outstanding products, technologies and services to create better smart EV experiences to users globally.”